Why The Same Sex Marriage Vote is a Good Thing

With the voting forms for the Marriage Equality Postal Plebiscite being sent to homes from September 12, the topic of Same Sex Marriage has been discussed everywhere, with both sides of the argument encouraging people to register or update their details on the electoral roll to ensure they are sent a voting form (the cut off for this was August 24; I hope you updated your details. I know I did). The vote for Same Sex Marriage is very important for Australia because we are so behind other countries in allowing two people who love each other, who happen to be of the same sex, to marry. There are many reasons why the Same Sex Marriage vote is a good thing, and we’ll explore them in this article. 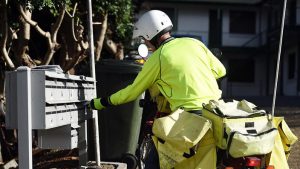 You can’t stop the feelings you have for someone

No matter what people opposed to homosexuality might say, being gay is not a choice. You can’t simply ‘switch off’ your feelings for those of the same sex, or change your attraction to them. For example, several studies have shown the ineffectiveness of ‘conversion therapy’, and the harm it does to gay people. Conversion therapy is a religious practice that aims to ‘cure’ homosexuality, which is of course impossible. There’s also scientific evidence that backs up the assertion that being gay isn’t a choice, even if scientists haven’t been able to identify the exact genes or chromosomes that contribute to a person being gay. There’s evidence that being gay can run in families too, through nature not nurture. While you can force yourself to sleep with or date the opposite sex and ignore your feelings for the same sex, it doesn’t actually stop your feelings or cause you to ‘turn straight’. 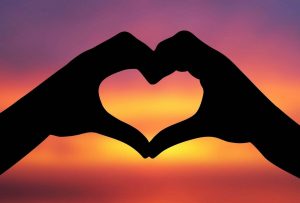 Everyone has the right to make choices

We all have basic rights as humans, and one of those rights is the freedom to make our own choices (within reason, of course). Why should we deny people the chance to make choices, just because they are gay or lesbian? We have the right to make choices about all sorts of things, from what we want to eat to who we want to marry. The difference for same sex couples is that many rights aren’t available to them, and for no sound reason. If a gay or lesbian couple want to get married, that is their choice and their right, because everyone has the right to marry who they love. Unfortunately, the law doesn’t see it that way. When a government doesn’t change laws that are affecting people’s rights, they are taking away their right to choose. Not every gay couple wants to get married, but that doesn’t mean the option shouldn’t be available like it is for straight couples. 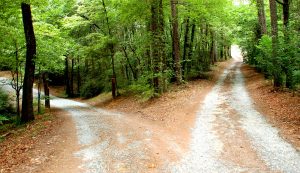 For some reason, some of those opposed to same sex marriage believe that if gay couples are granted the right to marry, it is somehow encroaching on their own rights. This couldn’t be further from the truth. The fact of the matter is, two people of the same sex getting married doesn’t affect anyone but the couple themselves. You can still choose to get married, or not get married; you still have the same choices and rights that you did before. By gay and lesbian people gaining rights, it does not suddenly mean you have less. It just means they have the same rights you have, which can only be a good thing. Equality is something we should strive for in society; no one is better or worse than anyone else because of their sexual orientation. Some people use religion to justify their beliefs, which in itself is ironic because they don’t realise that without their right to practice their religion, they wouldn’t be able to voice their objections on religious grounds. The same people denying equal rights to same sex couples would be horrified to have their rights taken away, but unfortunately, that is something they can’t see, or perhaps just choose to ignore to push their own agenda. 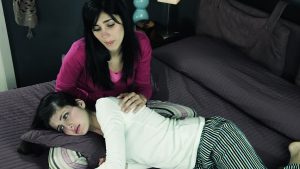 Studies from the past 30 years have shown the link between discrimination and a decline in mental health. This includes more instances of depression and anxiety in gays, lesbians, and bisexuals. Denying marriage to same sex couples means they can’t have the same legal benefits or rights as those of heterosexual couples. This causes a strain on same sex couples’ relationships in many instances, such as when their partner is in hospital and they have no legal say in their treatment due to not being legally recognised as a partnership. Even if they know of their partner’s wishes, such as whether they want to donate their organs, they have no legal right to make sure their partner’s wishes are followed. These kinds of situations can be very traumatic and cause a lot of anxiety, when you just want to help or communicate your partner’s wishes, but are being stopped by the law.

Imagine being told that you (if you are straight) can’t marry your boyfriend or girlfriend, and for no real reason. Imagine the hurt that would cause, and how upset you would both feel. Imagine the confusion at why a country such as Australia refuses to allow you the right to marry your partner. You would be very depressed that you couldn’t express your love the way you wanted, that your choice to get married isn’t a legal option for you. This denial of the basic right to marry who you love is one of the main reasons people in same sex couples find themselves more at risk of mental health issues.

The same sex marriage vote is a good thing and it’s legalisation would be an important part of Australian history, because for too long now, same sex couples have been denied the rights afforded to their heterosexual counterparts. Same sex couples have no legal recourse in many situations, and cannot access any of the benefits that a heterosexual married couple receive, like being legally recognised as married by Centrelink, or when it comes to medical decisions. This is something that shouldn’t be happening in this day and age, with all we know about love, gender, and sexual identities. 23 countries around the world have legalised same sex marriage, some more than ten years ago. The fact that Australia is so behind the majority of the world on this issue is, quite frankly, embarrassing. Marriage equality is something that should already exist in our country. Hopefully this plebiscite will be met with a resounding ‘yes’, and the ball will finally start rolling in creating marriage equality in Australia. 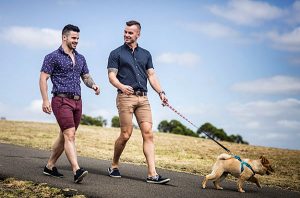